Professor Roughead is Director of the Quality Use of Medicines and Pharmacy Research Centre at the University of South Australia (UniSA). She has extensive expertise in pharmaceutical policy, adverse events and improving use of medicines. UniSA is a participant in the Digital Health CRC.

Libby has been an advisor on medicines policy, pricing and quality use of medicines at regional and global meetings of the World Health Organisation (WHO).

As the Islamic Republic of Iran extended their digital health services into pharmaceutical services, Libby was asked by the WHO in 2017 to visit Iran on their behalf as a consultant to share her expertise and advice on the nation’s developing e-prescription system.

“Before I accepted the post, I warned the WHO that I understood data and could advise on pharmaceutical systems – but not on systems architecture,” she says. “WHO promised they were sending another consultant to advise on this, but in the end it was just me.”

Despite the initial mix-up, Libby says she was able to have some interesting discussions with policy-makers – and came away from Iran seriously impressed by the advancement the country had made in digital health within a relatively short time.

Iran has faced down many health challenges in recent years; with a population of around 80 million and a very young demographic, the nation is in transition from a planned to market economy but has been hard-hit by economic sanctions imposed by the US and other Western nations, by widespread unrest and ongoing conflicts in the region and by pervasive internal corruption.

Despite Iran’s relatively low per-capita GDP of around USD $7000, it has a strong health system.

Both primary and hospital care are state-run and managed by medical universities in each province which report to a central health administration.

Iran’s move to digital health had been significant. “The Supreme Leader had announced a National electronic medical record for the whole population, and the nation was also building a national health data observatory,” Professor Roughead said.

“I went there to give them advice on some of the next steps for their pharmaceutical system and the rollout of their e-prescription system.”

Like Australia, Iran has a very large land mass, with most of the population (about 75 per cent) based in urban areas and cities. Health in rural areas is poorer than the national average – a problem Australia also shares.

Professor Roughead’s account of the country’s digital health trial and some of its remarkable innovations gave her a fascinating look into innovative ways to harness technology to improve patient care.

Visit to the Village

After landing in Teheran, the capital, Libby was escorted by representatives of Iran’s Food and Drug Authority to visit a trial of the nation’s new digital health capacity, which was being tested across four of the country’s 31 provinces.

“I flew about an hour west of the capital, to Kermanshahan province, and then drove for two hours to a small village in Kurdish territory, about 20 kilometres from the border,” she says.

Locals dressed in traditional outfits with men in loose ‘harem pants’ and women in very colourful clothing she says.

She visited a small village with several Iranian government health workers. The village is supported by a local health worker who had done surveys of the villagers, collecting data on people’s diets, their health behaviours so that the general health profile of the whole community was understood.

Bright red poppies surrounded the small medical centre, she says. “The pharmacist in me goes – wow!” she laughs.

“I walked into the consulting room for the health worker in this small, traditional village, and in front of me was a smart bed. The moment you put a child on the smart bed, it automatically weighs the child, there’s a cold storage drawer beneath the bed for storing vaccines, it was all very easy and high-tech.”

Attached to the smart bed was a webcam, blood pressure machine and glucose machine, all delivering data directly via a connected computer to the health network.

“We had a role-playing patient, who pretended to have viral pneumonia, so they could show me the way the system worked.”

Villagers who enter the consulting room were seen by the local health workers. The smart bed uploads detailed information into the person’s health record, so if they need to visit the doctor at the adjacent town of Paveh, the information is available, Libby says – and ideal for telehealth.

There’s a doctor in the town of Paveh. “The doctor has my information from the device, I don’t need to take anything with me,” Libby says. A (role-playing) virtual prescription was then sent to the local pharmacy digitally.

“Then I simply walk down to the pharmacy and pick up my prescription,” she says.

The process is seamless – but in Libby’s case, the film crew from Kermanshah TV joined in. “I was the local celebrity that day!”

For the next part of the demonstration, the group visited the home of a local family who hosted them for lunch. In the loungeroom of the traditional Iranian home, a smart TV doubles as a health assistant. “The wife had arthritis and the husband had diabetes and there was health education, tailored to them, streamed to the TV, and they could do all their appointments on their smartphone.”

Next, a visit to the Paveh hospital. “There was a specialist waiting for me – but he was in Tehran, about three hours away from Tehran by car and plane.”

The hospital telehealth facilities include a dual screen in the sitting area, equipped with various devices like a stethoscope and dermatoscope which could stream measurements and pictures direct to Tehran.

“We had this amazing conversation, and demonstration, doing all the measurements and showing how the specialist could read them down in Tehran.”

From Paveh, the group travelled to the main city in the province, Kermanshah – with a population of around a million people.

Medical universities – which are run by the Ministry of Health – also administer hospitals, so a visit to the Kermanshah University of Medical Sciences was next.

“We walked into their telehealth data laboratory, and my first thought was: I want a room like this! It was like a traffic control centre, with forty big LED screens all around the room, streaming in real-time health data about all of the people across the province that this area is looking after, so they could do real-time monitoring.”

The four trial sites have connected up remote villages, to nearby towns and then into the main control centre for each province at the medical university, she says.

“It’s all about connected health, village to town to city to tertiary centre via telemedicine. Then global population health monitoring through the smart dashboards, in real time.”

The data wasn’t all that special, she adds; it was the idea, and its implementation, that was visionary.

“Another remarkable thing that struck me about Iran was that the country had track-and- trace on all of their pharmaceuticals and many of their food products,” she adds.

Using RFID, individual items could be tracked through the supply chain, she says.

The systems were introduced partly to overcome systemic shortages caused by international economic sanctions, she says. It began to make sure that baby formula supply chains were safe, but the systems have been expanded across most goods now.

“At any point in time, you can track where all the pharmaceuticals are in the country, and consumers can access a smartphone app to find out which pharmacy has their medicines in stock,” she says.

“Every product has an ID – it’s like a lottery scratchie, and you can rub it off to make sure that the product wasn’t counterfeit. Every item can be tracked right down to individual units.”

Pharmaceutical tracking is in effect right across Iran and has been in place for several years, she adds.

Lessons from other nations

“While I was there to advise on some of the next steps for Iran’s pharmaceutical system and the rollout of their e-prescription system, I also took away some very interesting ideas which could be put into place in other nations to try and springboard public health,” she says.

“For me, an interesting question for us in Australia is: could we replicate parts of Iran’s model for remote community and indigenous community health?”

Iran’s use of trained health workers to gather data and enable interaction with doctors and specialists in the larger centres was a model that could be used to good effect in Australia, where we have a network of highly trained Aboriginal health workers working in communities, she says.

“The other fascinating demonstration showed the way you could build capacity locally for real-time monitoring of public health on a regional basis, so that you could attend to the needs of the local community and understand how that was changing over time.”

Australia’s primary health care networks mirror some of the structures used in regional health care in Iran, but so far we lack the data facilities to be able to do real-time monitoring, she says.

“There’s also huge advantage in implementing track-and-trace, so that medicines can be moved around the country to areas where there is greater need, and so that we can reduce the growing issue of expiring medications and out-of-stocks.”

“There’s also some other great ideas to unpack, such as making it easier for consumers to have improved health literacy and self-management through a tailored video education program,” she says.

“The message I took away from visiting Iran was that healthcare in the digital age is only limited by our imagination,” she says.

There are fascinating examples of digital health operating in innovative ways throughout the world, she adds. South Korea’s national electronic health record was rolled out rapidly enabling real time medicine interaction checking, some of which includes hard alerts such that medicines will not be supplied.

“Instead of imagining ways that digital tools can be used to support the status quo, we can use information from other nations, to help us to think about ways that we could reinvent our health system to truly support patient care.”

Back to News
Categories: Uncategorised,

Increasing efficiencies in our healthcare systems. 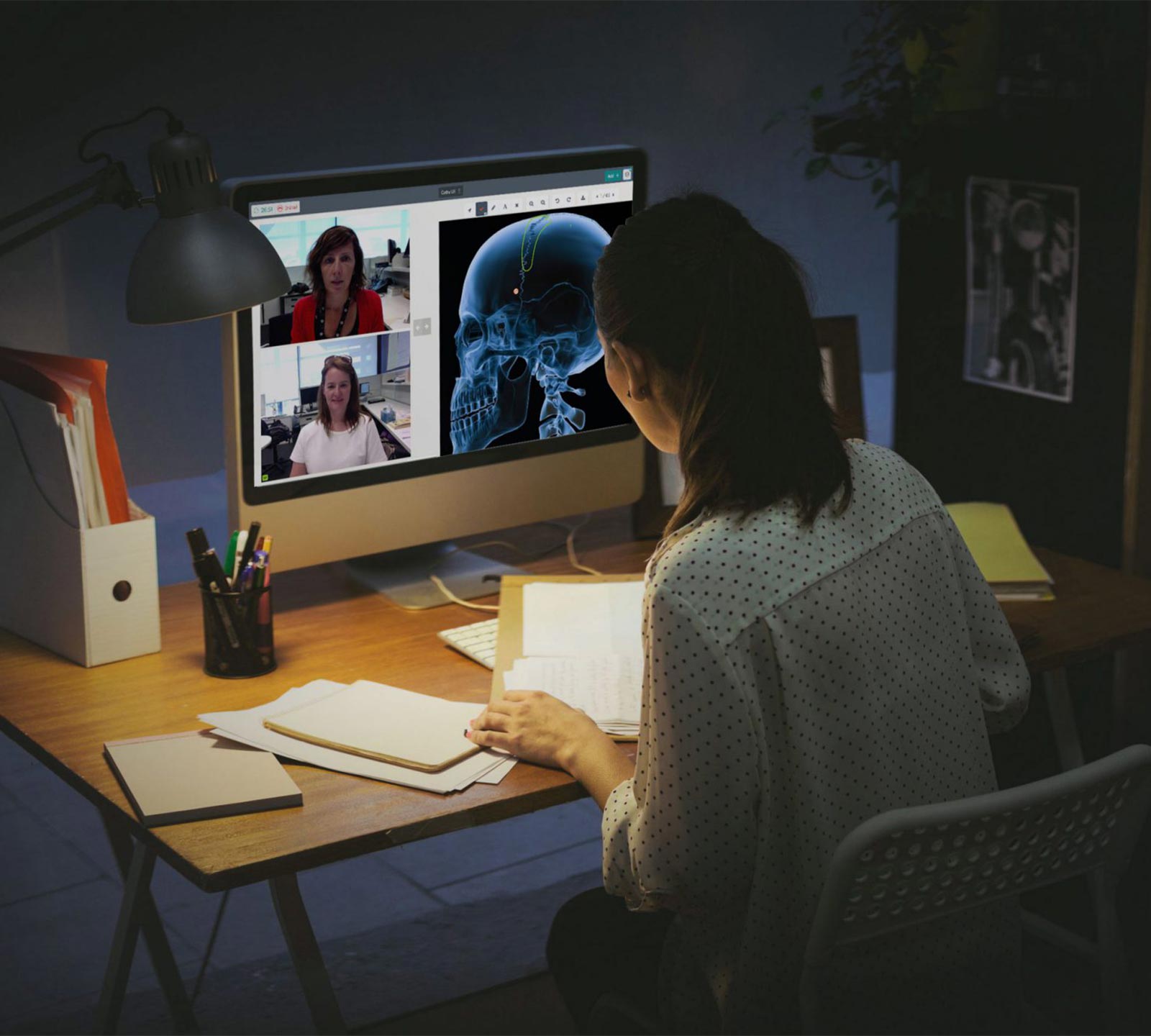 Harnessing the power of data and digital health technologies.

Harnessing the power of data and digital health technologies.

About Us
Go to Top